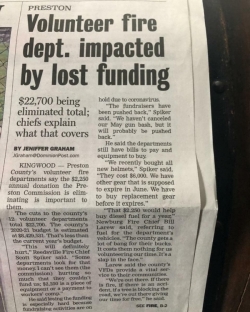 Today in the Dominion Post report article says the Preston County Commission has elected to stop providing the 12 VOLUNTEER fire departments is annual payment of $2250 for this years fiscal budget. Wh...
➜
Clothes Dryer Safety
Have your dryer installed and serviced by a professional. Do not use dryer without a lint filter. Make sure you clean the lint filter before or after each load of laundry. Remove lint that has colle...
➜
Pulling over for an emergency vehicle 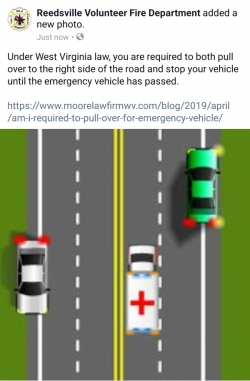 Under West Virginia law, you are required to both pull over to the right side of the road and stop your vehicle until the emergency vehicle has passed.https://www.moorelawfirmwv.com/blog/2019/april/am...
➜
January Carbon monoxide detectors
We know we go over it time and time again but please check your smoke and carbon monoxide detectors! https://www.consumerreports.org/cro/news/2008/01/january-is-the-deadliest-month-for-carbon-monoxide...
➜
Preston County Dive Team

Officials said Jimmy Taylor, 29, of Masontown was recovered by swift water rescue teams at about 1:30 p.m.

Jimmy Taylor was swimming in the river with his brother Robert Taylor, of Tunnelton, when swift waters carried him away early Saturday morning, officials said.

Officials said Robert Taylor attempted twice to get him out of the river but couldn't. Robert Taylor left to get help, but got in a car accident on the way.   He was taken to Preston Memorial Hospital for non life-threatening injuries.

Jimmy Taylor's body was recovered about a half mile down the river near an area known as "Party Rock," according to officials.

Loughrie said a family member made a positive identification on Jimmy Taylor's body.

"This is easy access because we're right off the blacktop here, and it's a lot of fishing a lot of rafting, and a lot of people swimming. These people here were camping, camping overnight when this happened." said Dan Luzier of Masontown Fire Rescue.

Jimmy Taylor's body was sent to the medical examiner's office for an autopsy.

We have created a Go Fund Me account to assist with purchase of dress uniforms. Please copy and paste the link provided if you are unable to click. http://www.gofundme.com/pilyso

Anyone that may have information, photos or anything they would like us to add to our website. Please use our contact us page. You may also phone the fire hall at 304-864-6741 and leave a meesage and someone will get back with you. 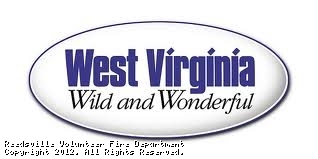 This site has been viewed 252,839 times.
Calls
News
Events
Pictures
Apparatus
FollowTweet
Maintained by the members and staff of Reedsville Volunteer Fire Department. Designated trademarks and brands are the property of their respective owners. Copyright © 2006-2022. YourFirstDue Inc. All Rights Reserved. Content on this web site is supplied by Reedsville Volunteer Fire Department. YourFirstDue Inc. cannot be held responsible or liable for any content, text, pictures, or any other media found on this web site.
Management login
Powered by